Facebook first works on the Atlantic, a 24-fiber-pair subsystem cable system that has the capacity of half a petabit per second in Europe and the United States — about half a million gigabits. The company also announced its terracotta technology, which creates a mm-wave mesh to solve the last-mile connection problem.

The company has not released further details on when the cable will operate under the sea.

However, Facebook’s affiliate team shared more details about its 2Africa Pearls submarine cable, which was announced earlier this year. Africa Cable Project Cable will connect Africa and Europe landings in 46 cities in 33 countries.

“We have designed floating power stations that sit in the middle of the ocean, using the power of the sun and waves to deliver to cables at the bottom of the ocean, enabling us to increase their capacity,” Facebook CTO Mike Schropper said. During a press conference

“We are building more than 150,000 kilometers of coastal cables with our partners, with new technologies that dramatically improve the capacity and performance of those cables. This will have a major impact on the world’s backward areas, especially in Africa. Liaison Vice President Dan Rabinowitz explained.

The company has developed a forecast model to help predict where submarine cable routes will be built to ensure greater network availability. “Each route explores the localized dangers of fishing and submarine volcanoes,” explained Cynthia Beret, project manager at Submarine Cables in Facebook. Berrett pointed out that the capacity of the cable, often under the sea, is limited by the amount of electricity that can be obtained through booster boxes, which usually come from the shore. “We are exploring a sustainable way to do this using a combination of wave energy converters and solar panels. The aim is to generate 25 kilowatts of electricity continuously to supply two coastal cables at various locations in the middle of the ocean,” he stressed, although the technology is still being tested.

Meanwhile, Facebook’s Terragraph technology wants to solve the problem of last-mile connectivity, especially in areas where it is not possible to lay fiber cable to every home. It is already in use in Anchorage, Alaska and Perth, Australia. Terragraph is used in Alaska by Alaska Communications, and fiber sorting is very challenging considering the environmental conditions.

It offers a transmitter box fitted to street signs and lampposts and many gigabits of performance without wires. Yael Maguire VP on Facebook explained that engineering terragraph is like “stretching the fiber in the air” and it creates “existing fiber points by expanding their capability”.

Facebook claims that Terragraph Box operates as a networking network and has worked with several partners, including Qualcomm, to create it. It uses MM-wave technology at 60 Hz bandwidth. Facebook tested this at its own Menlo Park headquarters before releasing the technology prototype. 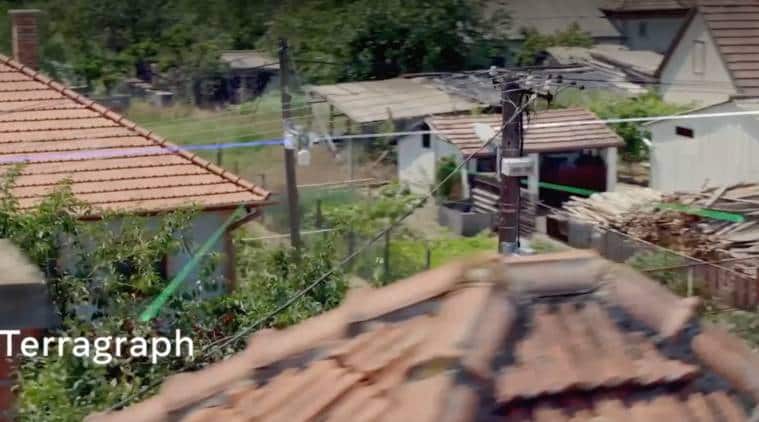 Terragraph is the company’s last mile connection solution for delivering high speed internet over the air.

“We licensed Terragraph manufacturers for free, five of whom now sell their Terragraph-enabled products. These partners have shipped more than 30,000 Terragraph units to more than 100 service providers,” Maguire explained.

Facebook says Terragraph is designed to work in extreme conditions whether it is raining or snowing or windy or hot. It can withstand temperatures of minus 20 degrees Celsius and up to 55 degrees. It is spoken of as a multi-node solution that, despite minor obstacles, can illuminate the network to multiple points and help build a reliable and high-speed connection to nearby homes and businesses.

Facebook wants to tackle the problem of laying fiber cables fast. The solution is a robot called Pompix, which moves with existing electrical connections and installs fiber optic cables directly. Pompix will help reduce the cost of using fiber. The company has worked with top plastic experts to create a special jacket material for fiber to help the power cord survive from high temperatures. 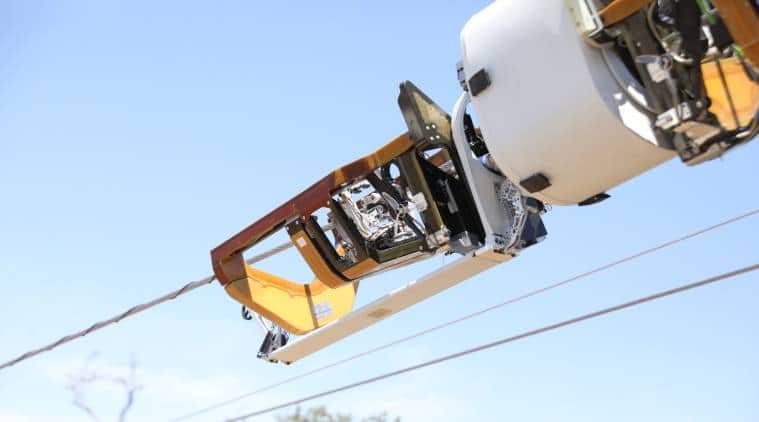 Facebook’s Bombix robot can use fiber cable to power wires.

For Pompeii, it is designed to withstand line voltages between 10,000- 35,000 volts. Karthik Yogeswaran, a wireless systems engineer on Facebook, said, “We had to design special circuits and brackets to handle this.

Our solution is to use propulsion fans similar to those used in drones. The control mechanism to keep the robot stable became a much more difficult problem than we expected. The robot hangs on a ramp, so the front and rear experience different sway conditions, making this even more difficult. Every movement triggers vibrations and changes in the robot’s center of gravity. The control algorithm adjusts the speed of all the impulses to keep the robot vertical and prevents the cable from oscillating, ”he pointed out.

To overcome the obstacles, the robot will use a 3D map of the world, developed from an internal stereo camera. Bambix is ​​still in the prototype phase, however Facebook is starting discussions with a handful of power utility companies.