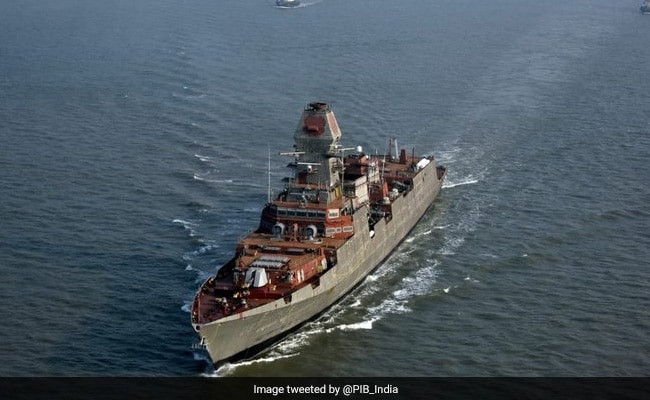 Mormugao is the second domestic piracy destroyer built under the P-15B project.

The maritime test of the Indian Navy’s domestically-built pirated warship Mormugao began in the Arabian Sea on Sunday.

The warship’s first voyage, built under the P-15B program, coincided with the 60th anniversary of the liberation of Goa from Portuguese rule.

The second domestic piracy destroyer built under the Mormugao P-15B project and is scheduled to launch in mid-2022.

“As today marks the 60th anniversary of Goa’s liberation from Portuguese rule, December 19 may be the most appropriate date for the ship to set sail,” the Indian Navy said in a statement.

INS Visakhapatnam, the first ship built under the P-15B project, joined the Indian Navy on November 21 in Mumbai.

The Navy said Mormugao would significantly add to its combat capabilities.

“The launch of INS Visakhapatnam and the launch of the fourth P75 submarine, INS Vela in November 2021, is a testament to Mormukhao’s maritime testimony to MDSL’s sophisticated capabilities and India’s strong domestic shipbuilding tradition.” The Navy said