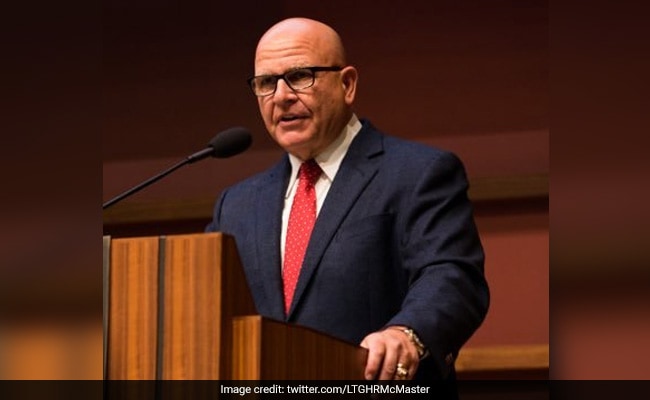 The former US adviser said no aid should be given to Pakistan.

Insisting that Pakistan has been “both ways” for a long time, a former US national security adviser during the Trump administration advised lawmakers not to offer any new aid to Islamabad.

Testifying before a powerful congressional committee in Afghanistan, General (rtd) HR McMaster said the United States should hold the Pakistani prime minister accountable for some of the comments he made after the fall of Kabul in August.

It is disappointing to think that the Taliban will immediately consolidate their power and turn any money that goes through the Taliban or the Taliban for humanitarian purposes into an even greater threat.

“Therefore, we are in a very extraordinary predicament that it would be very difficult for us to defuse the humanitarian crisis without empowering the Taliban,” he said in response to a question.

“I think we should take responsibility for Imran Khan’s comments when Kabul fell. He said the people of Afghanistan are bound. Why should we send a penny to Pakistan under any circumstances? I think they should face international isolation. Like the Haqqani Network, the Taliban and Lashkar-e-Taiba. They have supported jihadi terrorists who pose a threat to humanity, including groups.

Responding to a question from Congressman Scott Berry, during a congressional hearing convened by the House Foreign Committee, McMaster said it would be good to remove Pakistan’s status as a key non-NATO ally.

“The only time I think we’ve made a very clear and realistic assessment of South Asia is when the strategy was prioritized by President Trump’s speech in August 2017. Now, he dropped it, and he doubled down on the Obama administration. I do not know how it happened. If you go back to that August 2017 talk, this is the right approach for Pakistan, which called for an end to all aid to Pakistan. Behavior, “McMaster said.

Congressman Bill Keating said Pakistan is a problem and the United States should evaluate it.

“Its long-term performance, by many accounts, was negative. I think I put it lightly. For decades, even decades, when you came back to control the Taliban, even if you go back to ’96, Pakistan would identify them first,” he said.

“When you started the change in Afghanistan in 2001 and then the reconstruction of the Taliban in 2005, they helped with all the accounts. I believe those accounts are accurate. In fact, many have suggested that the government, Pakistan and their intelligence are embedded in this current change,” Keating said. .

Pakistan’s relationship with the Haqqani network is of great concern.

“It could really affect our relationship with India in that way. But can you comment on that? I think they have been playing a double role for decades, not just in a few months of this administration. Republicans and Democrats are alike,” he said.

Ryan Crocker, the former US ambassador to Pakistan, acknowledged that Pakistan had acted against the United States in some fundamental aspects with support for the Taliban.

“Previously, I tried to present their story as to why we are leaving. They do not want to leave the Taliban as a deadly enemy. They can get it anyway. It will be satisfying. Many of us, myself included, do not think it is a luxury for us to do anything to punish Pakistan. They are already worried about the consequences of their so-called victory in their own country, “he said. Said.

“Now we can say, ‘Yes. Well, they deserve whatever they get.’ But again, a blow in Kashmir is going to bring about a regional war. So, I think it’s always good to reconsider, but now the Taliban have captured Afghanistan by seizing it. A clear eye on the danger.

McMaster told lawmakers that the ISI supported the Taliban and that was why they had recaptured Afghanistan.

“The Taliban’s different advantage is supported by the ISI of other groups. But the dishonest units are ready to intimidate. They did not give up the different advantage. So, I do not think it’s a mystery why they have collapsed. They made the final sacrifice to protect the freedom of view, “he said.

The Taliban went to the Afghan units and they said, “Hey, how is this going?”

With the support of the Pakistani ISI, which is linked to the Haqqani Network and Al-Qaeda, what they did, they said to those commanders, “Hey, listen. You can stay with us. We are giving you the signal, or we are killing your family. How does that sound?” He said.