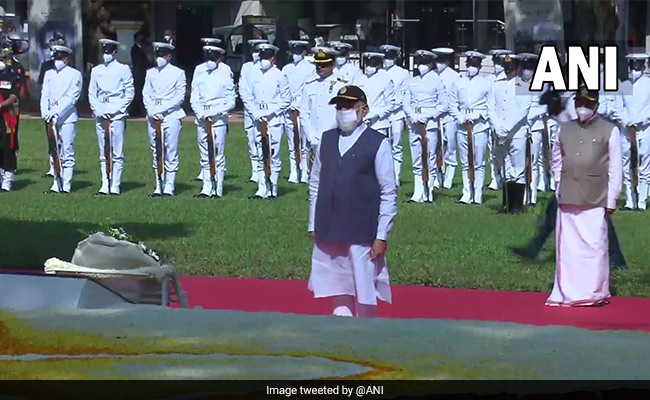 Prime Minister Narendra Modi on Sunday paid floral tributes at the Martyrs’ Memorial in Panaji on the eve of Goa Independence Day.

Prime Minister Modi, who arrived in Panaji this afternoon to attend the celebrations marking the 60th anniversary of the liberation of the coastal state from Portuguese rule, then flew to Miramar and witnessed the sailing parade.

Goa Independence Day is observed on December 19 every year to mark the day 1961 when the Indian Armed Forces liberated Goa.