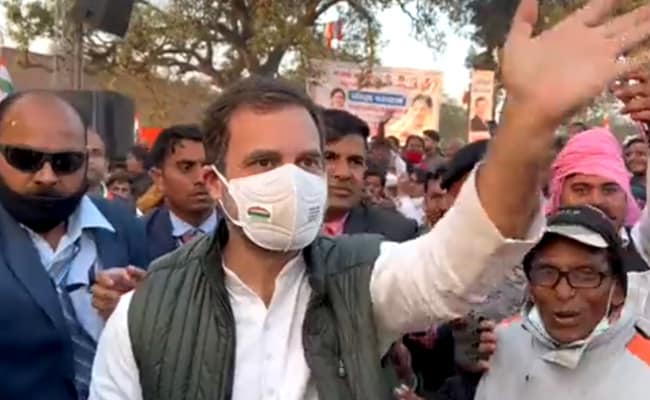 He sought to position his party against Prime Minister Modi’s “false” Hindutva as one of the “real” Hindus, distinguishing between the two sides as love against hatred and non-violence against violence. He said that Mahatma Gandhi represented the Hindus and his assassin Nathuram Kotse represented the Hindus.

Amid applause, Prime Minister Modi claims he is a Hindu, but said he defended the truth. Pointing to the Prime Minister’s election promise to create two crore jobs for the country’s youth, he asked the audience whether it was true or false, linking it back to Hinduism and Hinduism. Extending his analogy further, he said that the Prime Minister had asked the people to knock on the door to get rid of Govt disease. “Hindu or Hindutva?” Asked the cheering audience.

“A Hindu leads his life on the path of truth. A Hindu does not succumb to his fears – he faces all fears. He does not let his fears turn into anger or hatred. But a Hindu uses only lies to stay in power. The path of a Hindu is satyagraha,” said Mahatma Gandhi. He said.

Rahul Gandhi led the Congress march in his former Lok Sabha constituency of Amethi. Beside him was his sister, Priyanka Gandhi, the party’s UP chief.