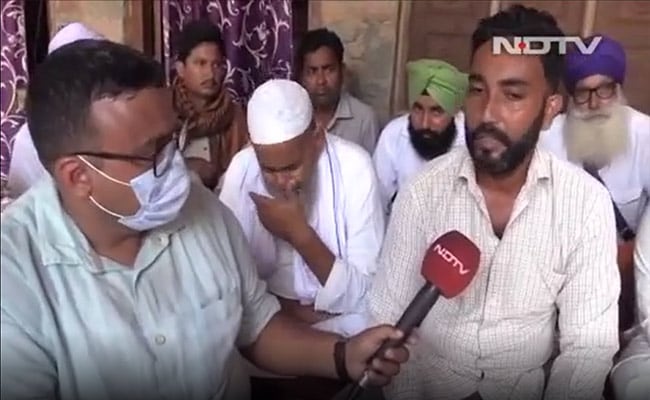 The family of a 65-year-old farmer seen in a video of being smashed by an SUV during a protest in Lakhimpur, Uttar Pradesh, told NDTV that he was quietly returning home with other protesters when the incident took place.

“Their path of struggle was diverted and they were quietly returning home,” Jagdeep Singh, son of farmer Nachadar Singh, told NDTV that he was killed in an SUV collision. “But he never got home.”

Jagdeep Singh has a younger brother, who is a Border Patrol Shashastra Seema Paul or SSP.

“We heard about the incident the day before. There was a situation where no one had much information about what happened. We tried to search for my father. At 7 pm, we were informed. My father’s body was found,” said Jagdeep Singh, UP. The small house in the district was surrounded by mourning family members, he told NDTV today.

Eight people, including four farmers, were killed in a car parade allegedly owned by Union Minister Ajay Mishra and driven by his son Ashish on Sunday in Lakhimpur Keri, Uttar Pradesh.

Yesterday, a video of the Lakhimpur Gary incident was released online – a clear and lengthy version of the clip that circulated earlier this week – and showed an SUV that deliberately entered a group of farmers walking quietly with their backs to the vehicle.

The Uttar Pradesh government has promised compensation of Rs 45 lakh to the families of the deceased.

“Nothing like this has happened here. We want justice. We have not asked for anything else,” said the farmer’s son.