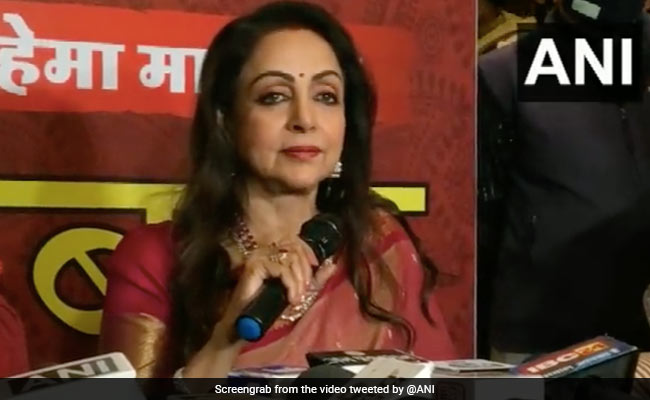 After Ayodhya and Kashi, BJP MP Hema Malini on Sunday expressed hope that a grand temple would be available for his constituency Mathura as well, citing the Kasi Vishwanathar route.

Speaking to reporters on Sunday, Hemalini said, “After the recovery of Rama Janmabhoomi and Kasi, naturally Madurai is also very important.

The BJP MP, who had come to attend one of the events, said he would go to Kasi on Monday on an invitation.

Since Lord Krishna is the MP of Mathura where he was born which is a symbol of love and affection I would say that there should be a huge temple there. There is already a temple, which can be decorated like Modi ji (Prime Minister Narendra Modi). Modi) Kasi Viswanath created the route and the river Ganges can be seen directly from the temple, ”he said.

“This change (renewal and restoration of Kasi Vishwanath) was very difficult. It shows his (Prime Minister Modi’s) vision. It will happen in Mathura too.”